In general, Pray America Great Again will post prayers 1-2 times per week. Depending on circumstances, prayers may be posted more often.

Types of prayer posts include:

Hashtags to use when posting on social media:

Click on the red + below for a detailed description of each principle.

#1 Our Struggle Is Not Against Flesh and Blood... Ephesians 6:12

We are not fighting against flesh and blood but against the evil powers of darkness who animate and empower leftists, Democrats, Marxists, socialists, progressives, communists, globalists, liberals, put-your-label-here, they are all the same. The (little g) god of this world has most definitely blinded their minds (2 Cor. 4:4).

Sadly, these people are separated from God which makes our war even more urgent. Look at their faces. They are human (I think). Seriously, they have longings like all people—for approval, purpose, to be loved and accepted. Christians take these things for granted because most of us have them in abundance, not only from our church community, but from our Lord Jesus Christ.

Amid the screams, protests, violence, unreasonableness, lack of critical thinking, hypocrisy, and inability to see the trajectory of leftist policy (even when it stares them in the face!) the radical far-left Dems and liberals actually do have deep human longings. This means that common ground exists. But shhhh, don't tell them. It may be the door God opens. But we've got to fight. For them and for us. And the war is impossible to fight on an earthly level.

In the movie War Room, the heroine prayer warrior, Miss Clara, states emphatically that praying people must have a “prayer strategy.” After trying many things that got her nowhere, she says:

Then I started really studying what the Scriptures say, and God showed me that it wasn’t my job to do the heavy lifting. No. That was something that only He could do. It was my job to seek Him, to trust Him, and to stand on His Word. (Chris Fabry, War Room: Prayer Is a Powerful Weapon, Kindle Edition, 90.)

This valiant warrior also shares her method for developing a prayer strategy. Her husband's position in a WWII War Room served as an analogy for Miss Clara's own approach to combating the enemy through prayer:

[Miss Clara] knew enough about warfare to realize that tucked away in some place protected from the onslaught of bullets and bombs, someone had developed a strategy.  …She pictured her husband staring at maps and coordinates. Sweaty and tired and scared, he and his men would analyze what the enemy was doing and mobilize resources to push back against their advance (Fabry, 2-3).

Analyzing what the enemy is doing in America, immediately, we recognize multiple areas under heavy artillery fire that need the power of God to push back against their advance: the swamp of Washington D.C., leftist judges, state governments, healthcare system, southern border, social justice activism, persecution of Christians and Christianity, anti-Semitism, racism against whites and blacks, race baiting from elected officials and paid hacks, disregard for authority, disregard for human life, the welfare state, universities and leftist professors, all educational levels' indoctrination of leftist ideas and rewriting of history, mainstream media, drug epidemic, the popularity of socialism, political NGOs, political corruption, anti-American citizens, the unholy alliance between the left and bloodthirsty pagans, illegal aliens, anti-First Amendment leftists, intolerant leftists, leftist violence, subversion of the Constitution by Democrats and their donors, "progressive" churches who worship the golden calves of leftists and do their will in return, etc.

The old dragon has trained, hardened, and stationed his sinister soldiers throughout these areas (and others). Though satan stands defeated, there’s definitely more going on than we can see.

Principle #3 could be called the secret weapon for leftist destruction. Though not really a secret, it is a biblical principle that is oftentimes overlooked.

My Father is working until now, and I am working. Truly, truly, I say to you, the Son can do nothing of his own accord, but only what he sees the Father doing. For whatever the Father does, that the Son does likewise. For the Father loves the Son and shows him all that he himself is doing. And greater works than these will he show him, so that you may marvel (John 5:17, 19-20).

The authors explain “…It describes a love relationship through which God accomplishes His purposes. Once you have an intimate love relationship with God, He will show you what He is doing. Your job as a servant is to follow Jesus’ example: Do what the Father is already doing—watch to see where God is at work and join Him!”

There are many examples where God is already working and certainly there will be more. Here are only a few: March for Life, Candace Owens’ grassroots movement Blexit, Campus Reform, conservative Supreme Court justices and other federal judiciary appointments, the revealing of the Deep State and overall corruption of Washington D.C., etc. These examples have received national attention. Only God knows how many small battles are fought and won every day that we never hear about. Don't doubt this is happening!

Join the Pray America Great Again movement today! Leftist corruption and destruction are overwhelming. Lives have been and are being destroyed. Eventually leftists (Democrats, socialists, progressives, etc) will destroy the entire nation if their insatiable lust for power and smug disregard for other people are not brought before God and left to His righteous anger, for He has said “I will take revenge; I will pay them back” (Romans 12:19, NLT). Only our sovereign Triune God has the power and ability to stop leftists in their tracks and redeem their destruction. And who knows where the winds of Christ’s Spirit may blow? (John 3:8) Even leftists aren’t immune to the resurrection power of the Holy Spirit.

Thoughts and prayers to drive the left even crazier.  And who knows? Maybe some will turn to worship God instead of government? 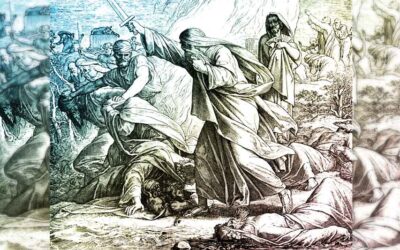 Charles Spurgeon: Divine Expulsion [Triumph Over Evil In Every Form]

Charles Spurgeon: Divine Expulsion [Triumph Over Evil In Every Form]​ Thou shalt drive out the Canaanites, though they have iron chariots, and though they be strong. -... 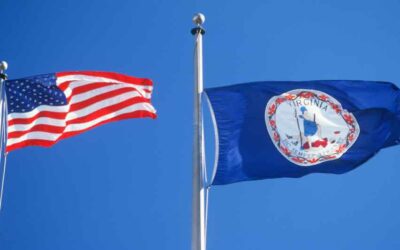 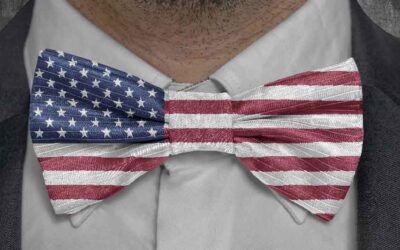 Dr. Douglas Frank Prays For America: August 07, 2021 Dr. Douglas Frank is one of three outstanding men at the forefront of mathematical and legal analysis proving—beyond a reasonable doubt—the massive fraud that occurred on the night of the third of November, 2020,...