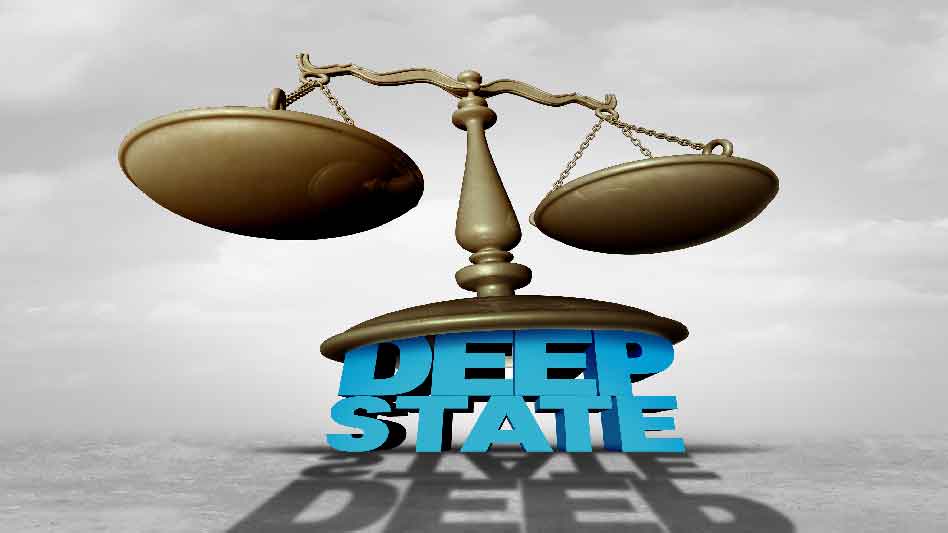 In times that try men’s souls, let us continually bring before God all that threatens America, whether disease, external enemies, or the sinister attack of enemies within. As Samuel said to the nation that rejected God as Sovereign, “Far be it from me that I should sin against the LORD by ceasing to pray for you” (1 Samuel 2:23).

Whereas it hath pleased Almighty God, the Father of all mercies, amidst the vicissitudes and calamities of war, to bestow blessings on the people of these states, which call for their devout and thankful acknowledgments, more especially in the late remarkable interposition of his watchful providence, in rescuing the person of our Commander in Chief and the army from imminent dangers, at the moment when treason was ripened for execution; in prospering the labours of the husbandmen, and causing the earth to yield its increase in plentiful harvests; and, above all, in continuing to us the enjoyment of the gospel of peace.

The first two paragraphs of the prayer below are adapted from the proclamation above, both prayers being concerned with the “interposition” of treason.

Then Jesus told his disciples a parable to show them that they should always pray and not give up. He said: “In a certain town there was a judge who neither feared God nor cared about men. And there was a widow in that town who kept coming to him with the plea, ‘Give me justice against my adversary.'” Luke 18:1-3, NIV

Almighty God and Father of all mercies, whereas it has pleased Thee—even amidst the vicissitudes and calamities of multiple traitorous acts by high ranking government officials serving the obama administration—to bestow blessings on the people of these states, we devoutly and thankfully acknowledge Your divine providence and protection.

More especially in the late remarkable interposition of Your watchful providence, in rescuing the person of our Commander in Chief and those who have stood firm in public support of him, at the moment previous, and current, when treason is ripened for execution, we devoutly and thankfully acknowledge Your divine providence and protection.

We acknowledge that we are sinners saved by grace and recipients of Your great mercy. And in order that we may become unified with Jesus Christ, we thank You for anointing us with Your Spirit.

By Your divine power, You have granted to us all things that pertain to life and godliness, through the knowledge of Him who called us to His own glory and excellence, and You have granted us great and precious promises, through which we are partakers of the divine nature, having escaped from the corruption that is in the world because of sinful desire (2 Peter 1:3-4). And among the many benefits of Your Holy Spirit, we thank You for enabling us to discern between right and wrong.

Scripture says that You love justice yet hate robbery and wrongdoing (Isaiah 61:8). Therefore, by virtue of our royal High Priest who is touched with the feelings of our infirmities, with great confidence we draw near to the throne of grace, that we may receive mercy and find grace to help in time of need (Hebrews 4:16).

Our Savior Himself taught us to always pray and never give up (Luke 18:1), therefore, God we make our appeal and plead with You—

Give us justice against America’s adversaries—internal enemies within the current and former deep state of the U.S. government.

Give us justice against the numerous traitorous acts planned, and carried out, by high ranking government officials serving obama and his administration.

Especially egregious are these treasonous acts, because elected and unelected bureaucrats have betrayed the United States and its citizens. Father God, these conspirators have broken trust with every American citizen and notably with our military personnel serving in foreign countries. The prospect of endangering millions of lives while risking national security both in the homeland and abroad, had no appeal in the absence of integrity to sworn oaths, or a common decency toward fellow citizens.

Even more flagrant, these treasonous ideologues have sinned against You Father, the Creator of all the earth. They have broken vows taken to uphold the Constitution and the laws of our land. They raised their right hand, swearing on oath, promising to be honorable to the duties of their position—positions paid for by the blood of our military and the sweat of our citizens.

Yet they subverted their duties, in arrogance, deception, and dishonor of the most unprincipled kind. They sought to overthrow the United States of America as founded according to the Constitution and Bill of Rights, both written by men who relied on Your wisdom and guidance throughout the work.

Father God, Your people cry out for justice against the anti-American, deep state traitors involved in Crossfire Hurricane, the Russia collusion hoax, and the Ukraine hoax. Only You know what they will try next(!). Their treason knows no bounds!

Abusing means entrusted to them, violating the civil rights of American citizens, repudiating vows they solemnly promised to uphold, they covertly and nefariously spied on a Presidential campaign, dared to thwart an incoming President, and undertook a coup against a duly elected President of the United States. Internal enemies, far worse than our history has ever endured, sought to do irreparable harm to this constitutional republic while robbing the will of the people and silencing their voice.

Almighty God, “those who walk in pride, You are able to humble” (Daniel 4:37). Avenge us of the arrogance and audacity of deep state bureaucrats who put themselves above the American people. With perverse intentions they attacked our nation. Exaggerated self-importance deludes them into believing our laws do not apply to them.

Father we plead with You, administer Your justice upon all people who participated in this treason. You know each person. The nation and freedom You have blessed us with longs for public condemnation and just punishment of such stark betrayal!

The use of personal discretion to distribute justice based on two systems—one for the political establishment and their cronies, and another for everyone else—cannot, and should never be allowed to, stand!

Lord God, You divinely intervened and delivered our fathers from the treachery of Benedict Arnold. And we appeal to You now, not on the basis of anything we have done, but on the basis of Your mercy and justice—give us vengeance against our adversaries serving the obama white house. Give us vengeance against those who deigned to cover up their multiple felonies through slander, deception, and false accusations against an innocent person, President Trump.

Grant us justice against these anti-American adversaries!

Father, we acknowledge that You are the only Lawgiver and Judge. You graciously revealed Yourself and Your ways to us in Holy Scripture. Therefore, we pray

“LORD God of hosts, You are God of Israel. Rouse yourself to punish all these people; spare none of those who treacherously plot evil” (Psalm 59:5).

“For they do not speak peace, but against those who are quiet in the land they devise words of deceit” (Psalm 35:20).

“O my God, make them like whirling dust, like chaff before the wind. As fire consumes the forest, as the flame sets the mountains ablaze, so may you pursue them with your tempest and terrify them with your hurricane! Fill their faces with shame, that they may seek your name, O LORD. Let them be put to shame and dismayed forever; let them perish in disgrace, that they may know that you alone, whose name is the LORD, are the Most High over all the earth” (Psalm 83:13-18).

“O LORD, the God who avenges, O God who avenges, shine forth. Rise up, O Judge of the earth; pay back to the proud what they deserve. How long will the wicked, O LORD, how long will the wicked be jubilant? They pour out arrogant words; all the evildoers are full of boasting. They crush your people, O LORD; they oppress your inheritance” (Psalm 94:1-5).

Lord, we can never recover the massive destruction, billions of taxpayer dollars wasted, and lost opportunities at every level that the deep state has caused and continues to cause against our nation and its citizens. Therefore, we do the best thing we can do, we plead for talionic justice from You Lord, the One and Only Righteous Judge of all the earth!

“Lord God, give us rest on every side just as You have promised. Not one of all our enemies have withstood us, You LORD have given our enemies into our hands” (Joshua 21:44).

Heavenly Father, You see their evil, it grows bolder by the hour. Lord, please do something! As You have spoken in Your Word, causing Your people to hope in You, expose their wrongdoing in public! Let every citizen see their vicious lies and schemes. Let every citizen see them for who they are. And God, if they, or their ilk, are responsible for this virus and associated panic, when 10 years ago, they did nothing for 6 months(!), Oh Lord, let them know that You alone are God!

With hearts full of gratitude, we thank You for the abundant mercy shown to our nation in times past. We know Your great mercy will continue to us in the present and in the future, until Jesus returns. We pray believing we ask according to Your will—please give us justice against the deep state establishment bureaucrats, justice deserved for the treason they have undertaken since late 2015 against President Trump, his family, and his supporters.

And as always, not our will but Yours be done, in all things—on earth as it is in heaven.

Scripture guarantees that one day You “will punish the world for its evil, and the wicked for their iniquity; You will put an end to the pomp of the arrogant, and lay low the pompous pride of the ruthless” (Isaiah 13:11).

Whatever Your will, until the day that we see justice over all the earth, You have promised that when we see “the oppression of the poor and the violation of justice and righteousness, we are not to be amazed at the matter, for the high official is watched by a higher, and there are yet higher ones over them” (Ecclesiastes 5:8). We put our trust in You, the Highest of all.

Even if the deep state escapes the sword on earth, we know that one day, they must give an account before You.

Come what may, in triumph, we can sing with King David,

Teach me your way, O LORD, and lead me on a level path because of my enemies. Give me not up to the will of my adversaries; for false witnesses have risen against me, and they breathe out violence. I believe that I shall look upon the goodness of the LORD in the land of the living! Wait for the LORD; be strong, and let your heart take courage; wait for the LORD!” (Psalm 27:11-14)

Oh Lord, if it be Thy will, may your people see justice quickly in the land of the living.

In the Name of Jesus before Whom all knees will one day bow, Amen. 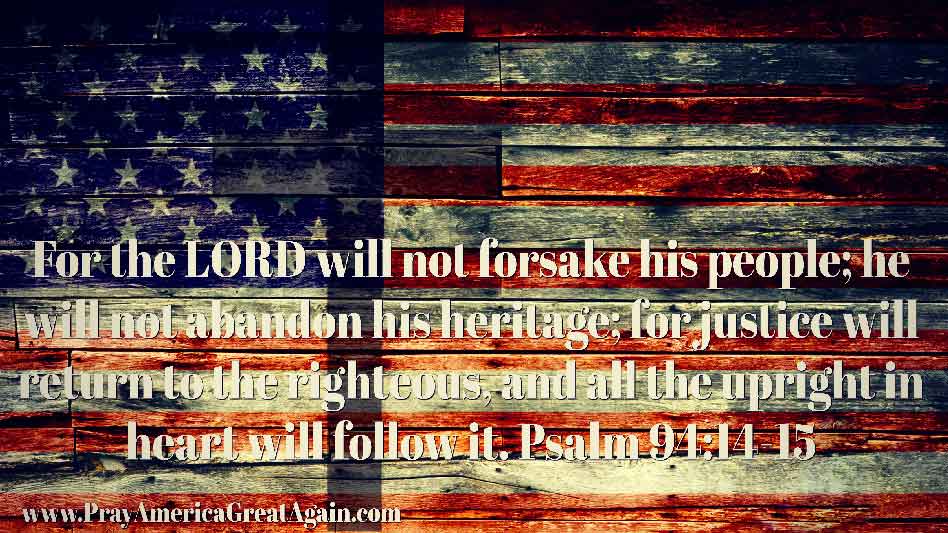 The Deep State Virus Is More Deadly Than Any Coronavirus

The deep state virus and permanent bureaucracy are much worse threats to humanity and freedom than 100 coronavirus pandemics put together. We must be vigilant about praying for the renewal and overhaul of both the FBI and DOJ, both federal institutions among others, who have lost all credibility within the eyes of Americans who care for this nation. 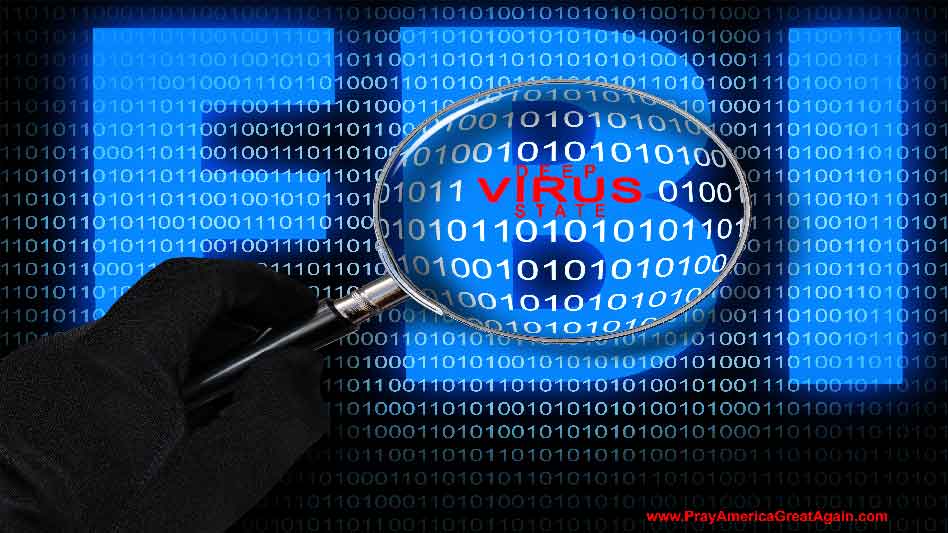 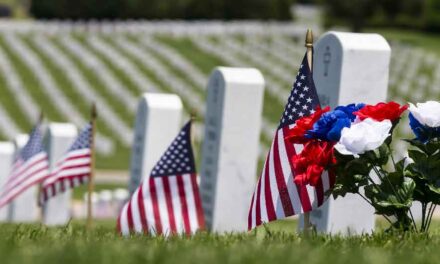 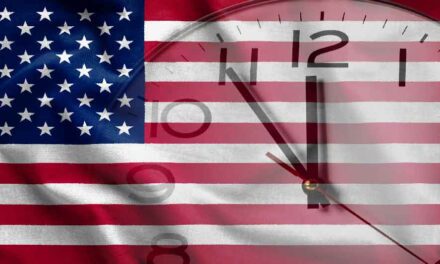 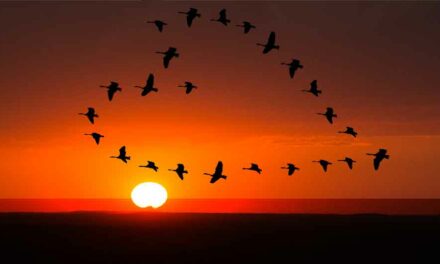 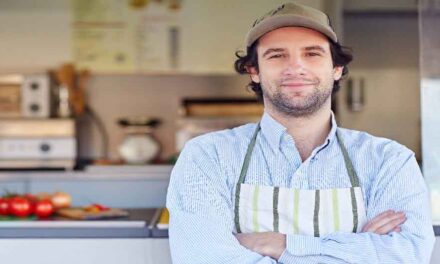