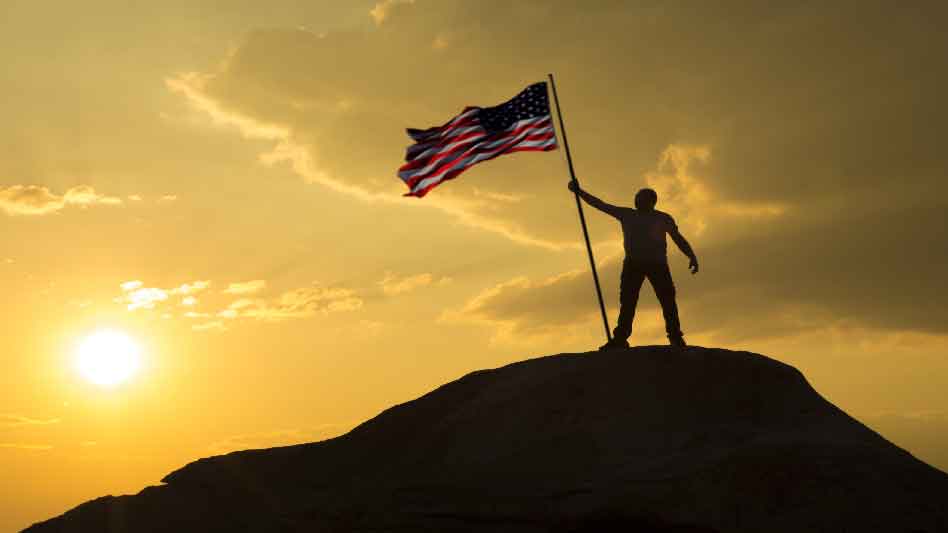 The majority of Psalms cannot be tied to a specific event in Israel’s history. However, a Psalm’s text often reveals the general situation which led the people to seek God. Such is the case in Psalm 20, a prayer for victory.

Psalm 20 primarily focuses on God’s blessing on the king during a time of national distress. In historical context, “king” refers to the one anointed by God to lead Israel’s theocratic government.

The psalm readily demonstrates a strong assertion of unity between the people and the king. In this oneness, the people understood their divinely appointed leader as one through whom God imparted His favor to the nation and its citizens.

Ultimately, Psalm 20 points to Jesus Christ, the King of all glory. In Jesus’ coming is a fuller assurance that The Theocracy, that is, the Kingdom of God, is being established. A strong assertion of unity is also found between Christians and Jesus Christ.

I do not ask for these only, but also for those who will believe in me through their word, that they may all be one, just as you, Father, are in me, and I in you, that they also may be in us, so that the world may believe that you have sent me. John 17:20-21

From a theological perspective, the psalm shows a deep confidence in God which is disclosed as

1) an awareness of God’s Kingship, and

God’s covenant brings to mind His loyal love and faithfulness.

In petitioning God to bless the king, the congregation actively participates in royal preparations for war with this prayer for victory. An enemy has attacked or shown intent to do harm to the nation. Therefore, it is a prayer for victory over enemies. The glory of the king, as God’s chosen leader, is at stake. But more importantly, God’s honor is threatened.

All of these motifs—God’s sovereignty, covenant, blessings for the earthly leader, God’s honor—can be summarized as: A prayer of intercession for God’s representative on earth, i.e. the Kingdom of God on earth, in hope that soon God will grant victory to His “anointed” and that the national “distress” will turn into rejoicing.

Confidence in the Name of the Lord

From a literary standpoint, Psalm 20 begins with grand petitions for God’s blessing on His anointed leader (vv. 1-4). The psalm concludes with the people responding by faith in the anticipated joy of victory (vv. 5-9).

Of note, the victory has not happened yet. (…He will answer from His holy heaven… v.6) But such is the people’s confidence in God, His rule, and His covenantal faithfulness, that they praise and thank God as if the victory has already occurred. The verb used here is called a prophetic perfect and demonstrates the solid faith of the petitioner.

Therefore, I tell you, whatever you ask in prayer, believe that you have received it, and it will be yours. Mark 11:24

The center of the prayer is the hope that soon God will grant victory to His “anointed” and that the “distress” will turn into rejoicing. OT saints watched constantly for this hope. As NT believers, our ultimate hope for victory is in the Second Advent of Jesus Christ. Jesus has already won the victory. His return will usher in the complete visibility of that victory, the full reign of the Kingdom of God, and truly all distress will turn into rejoicing for those who have placed their faith in Christ.

Therefore God has highly exalted him and bestowed on him the name that is above every name, so that at the name of Jesus every knee should bow, in heaven and on earth and under the earth. Philippians 2:9-10

Between David and Jesus

As stated at the beginning, the psalms themselves are not tied to any specific historical event. In God’s wisdom, His Spirit so inspired the authors so the prayers could be applied to many and various situations throughout the history of God’s people on earth.

Read the likes of Bernard of Clairvaux, Martin Luther, Charles Spurgeon, Jonathan Edwards, A. B. Simpson and many other Christian and Jewish writers and you are sure to find where each applied the same psalm to His own time and perhaps to multiple situations.

But what about between David and Jesus? How is “king” to be understood and applied to our own time. As redemptive history unfolds, offices no longer held, i.e. king, seer, etc., and prophecies can find several anticipatory fulfillments before their ultimate fulfillment in the eschaton.

Using the principles of biblical exegesis, “king” can be applied to a “leader of state.” This could be a president, prime minister, or any other name given to a leader.

In praying Psalm 20, PAGA applies “king” to President Donald Trump. Certainly, the long explanation about “king” and its application is not an apology for applying the term to him. At the same time, we don’t want anyone to have the idea that this post is comparing President Trump to King David or Jesus Christ!

As “leader of state” (and he is technically speaking, still that), PAGA is applying Psalm 20 to him and praying for him. Many agree that he is an anointed leader appointed by God, similar to Cyrus in the OT (e.g. 2 Chronicles 36:22-23; Ezra 1; Isaiah 44:28, 45:1; et al.), a secular leader appointed by God to rescue and help the nation of Israel, i.e. God’s people on earth, or God’s Kingdom on earth.

Of course the $1,000,000 question is “Isn’t this a little late?” Absolutely not. Wasn’t Christ’s crucifixion and death, in essence, a victory?

God is sovereign. He often works in ways that seem counterproductive to how we would do something. However, His answers turn out even better and even more complete than what we hoped.

What is victory in President Trump’s case? Victory could mean vengeance against things taken from him illegally, light shining on the evil deeds of darkness on or about the fourth of November, an even larger majority of citizens aware of the fraud perpetrated on them, dismissal or acquittal in the second faux impeachment, etc.

In praying Psalm 20 for President Trump, we are in effect:

1) praying for the same blessings that the people of David’s time prayed for him. These are detailed in the section “Theologically Speaking.”

2) interceding for President Trump in hope that God will soon grant multiple victories to him (since he never gets tired of winning!), which could be in the form of a future victory or vengeance in the present, etc. And with his victories our national distress will turn to rejoicing.

3) Our confidence in God is so great, we praise and thank God as if the full victory has already occurred.

In times of trouble, may the LORD answer your cry. May the Name of the God of Jacob keep you safe from all harm.

2 May he send you help from his sanctuary and strengthen you from Jerusalem.

3 May he remember all your gifts and look favorably on your burnt offerings. Interlude

4 May he grant your heart’s desires and make all your plans succeed.

5 May we shout for joy when we hear of your victory and raise a victory banner in the name of our God. May the LORD answer all your prayers.

6 Now I know that the LORD rescues his anointed king. He will answer him from his holy heaven and rescue him by his great power.

7 Some nations boast of their chariots and horses, but we boast in the Name of the LORD our God.

8 Those nations will fall down and collapse, but we will rise up and stand firm.

9 Give victory to our king, O LORD! Answer our cry for help.

In the Name that is above all names, Jesus Christ, Amen. 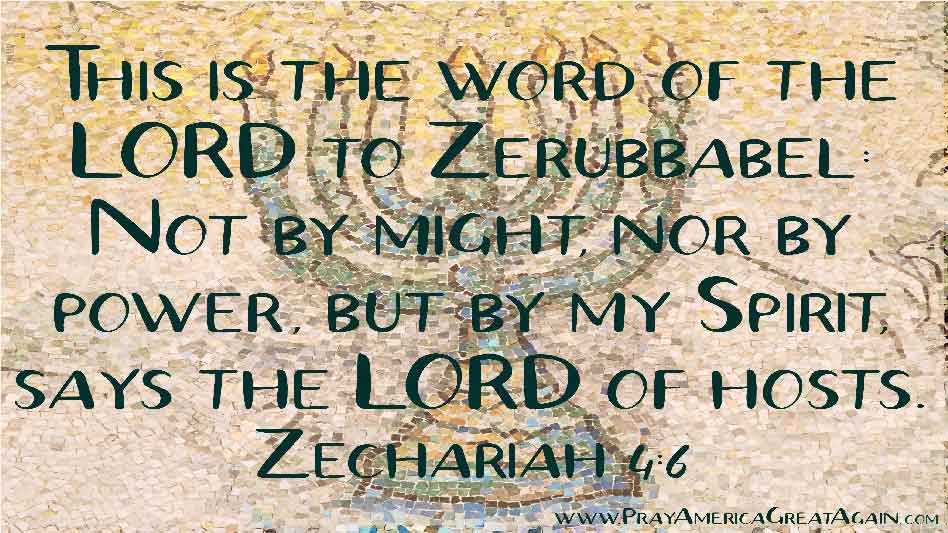 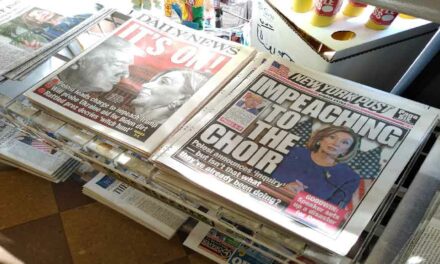 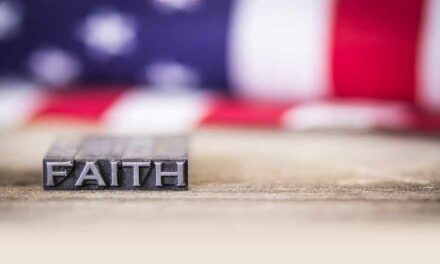 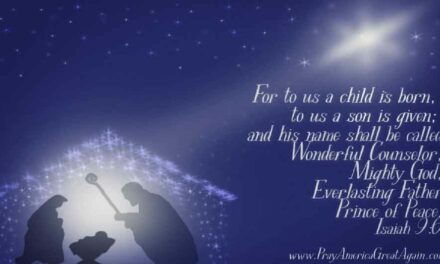 Lord God, Thank You For Jesus, The Most Perfect Christmas Gift 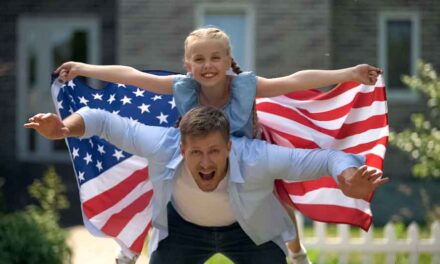